Ask about special rates for groups of 20 or more! 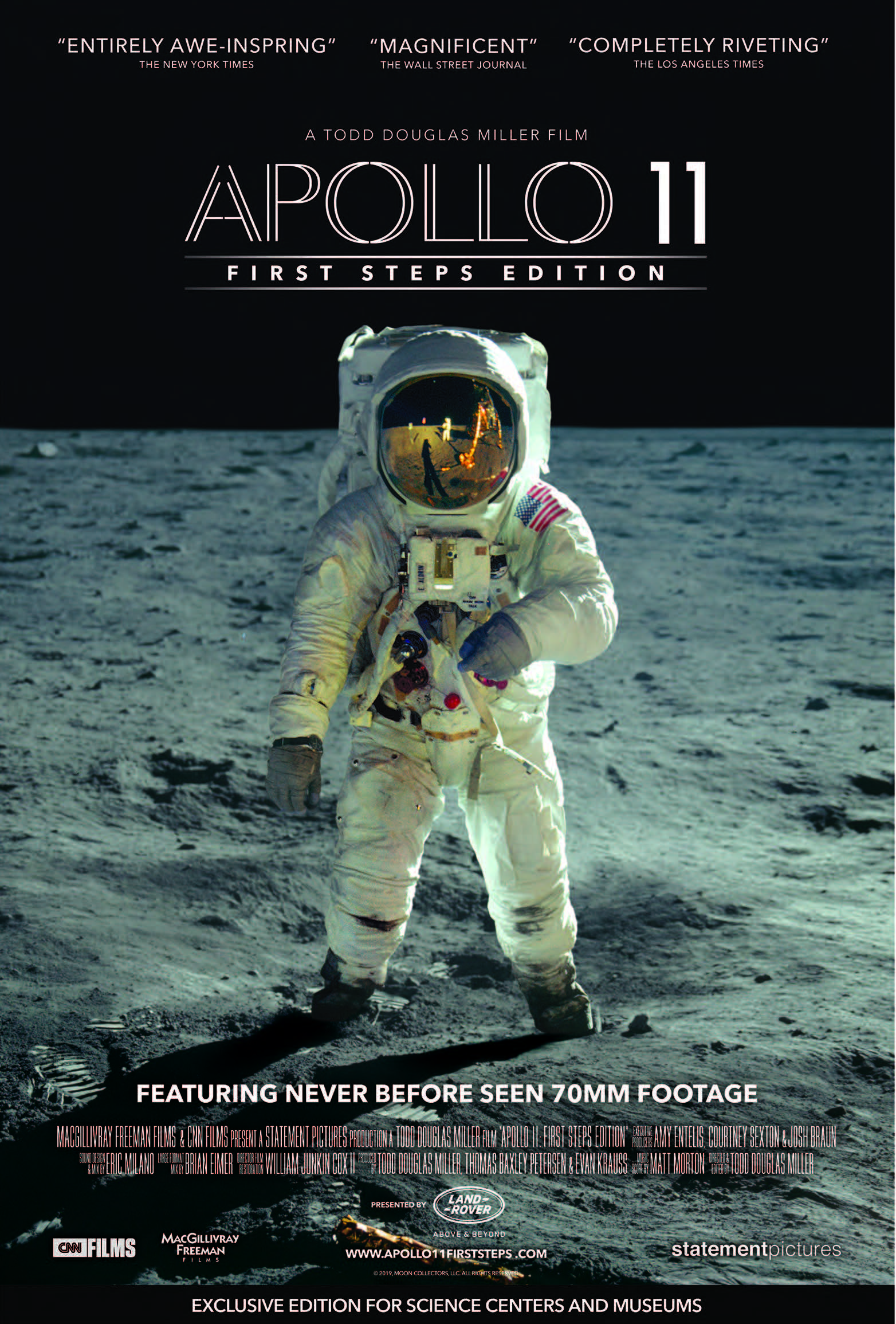 Timed to the 50th anniversary of NASA’s celebrated Apollo 11 mission, Apollo11: First Steps Edition is a thrilling cinematic experience that showcases the real-life moments of humankind’s first steps on the Moon. In this special giant-screen edition of Todd Douglas Miller’s critically acclaimed Apollo 11documentary,created exclusively for science centers and museum theaters, the filmmakers reconstruct the exhilarating final moments of preparation, liftoff, landing and return of this historic mission—one of humanity’s greatest achievements and the first to put men on the Moon. With a newly-discovered trove of never-before-seen 70mmfootage and audio recordings,Apollo11: First Steps Edition joins Neil Armstrong, Buzz Aldrinand Michael Collins, the Mission Control team and millions of spectators around the world, during those momentous days and hours in 1969 when human kind took a giant leap into the future.
Showtimes: 1:00 p.m. and 4:00 p.m.** Please note this film is in 2D

D-Day: Normandy 1944 3D - June 6th, 1944: the largest Allied operation of World War II began in Normandy, France. Yet few know in detail exactly why and how, from the end of 1943 through August 1944, this region became the most important location in the world. Blending multiple cinematographic techniques, including animation, CGI and stunning live-action images, "D-Day: Normandy 1944" brings this monumental event to the world's largest screens.
Showtimes: 12:00 p.m. and 3:00 p.m. 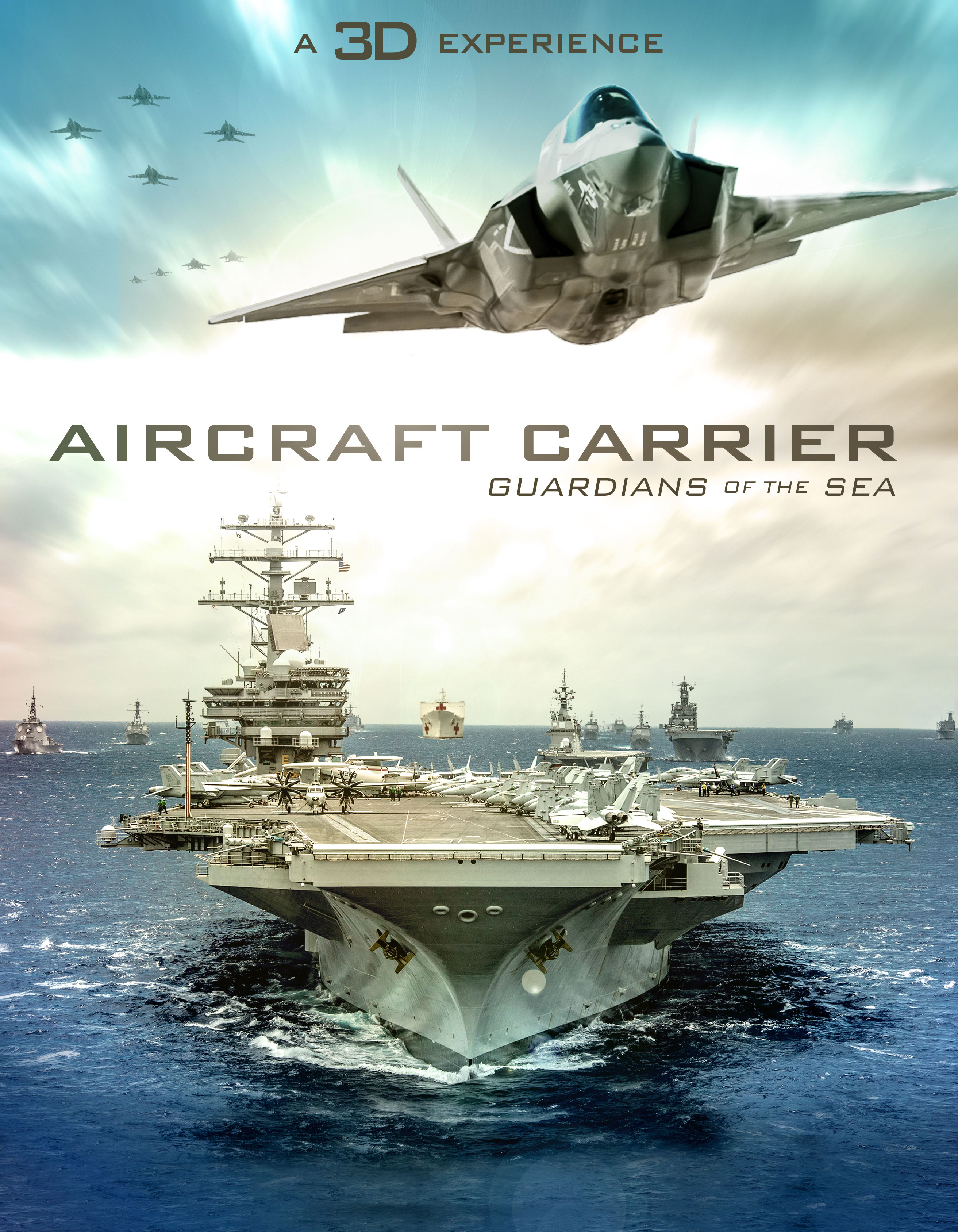 Aircraft Carrier Guardians of the Sea

Aircraft Carrier will immerse audiences with the remarkable inner workings of air and sea operations aboard a modern Nimitz-class nuclear powered carrier. Set against the stunning panorama of a large multinational naval exercise, the film showcases the demanding and dangerous skills required to operate an aircraft carrier. Together with the viscerally thrilling aerial, ground, and seat-sea visuals, audiences will gain a keen appreciation for this massive city at sea. Note: This is the 24 minute version, to allow more time to visit the Museum.
Showtimes: 11:30 a.m.. and 2:30 p.m. 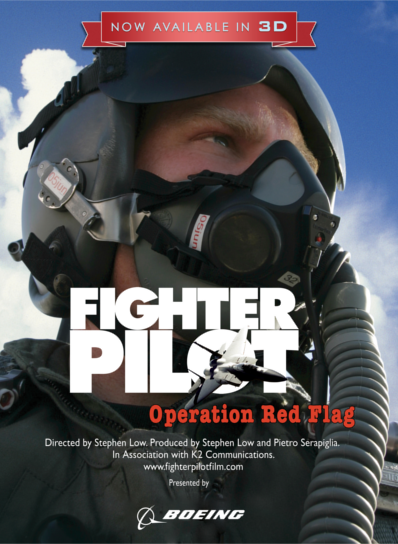 Fighter Pilot: Operation Red Flag is the international training exercise for air forces of allied countries where many of the world's best pilots meet for the most challenging flying of their careers. Red Flag is the final training for pilots and their aircrews before being sent into actual combat. Follow pilot, John Stratton, as he makes his way through this extraordinary event held in the desert of Nevada. Note: This is the 24 minute version, to allow more time to visit the Museum.
Showtimes: 11:00 a.m. and 2:00 p.m. (5:00 p.m. ** Sat & Sun only)

** On the 4th Sunday of every month the 4:00 pm and 5:00 pm screenings are replaced by a
Hollywood Film Series.

*Theatre Schedule and prices are subject to change

Be sure to check the day of your visit.

*"By publication of this donation link, the Air Force Museum Foundation, Inc. is not soliciting donations from residents of any state where it is not currently registered to solicit funds, where required."

The Air Force Museum Foundation, Inc., raises funds and awareness in support of the National Museum of the U.S. Air Force. The Air Force Museum Foundation, Inc. is a Section 501 (c)(3) private, non­profit organization. It is not part of the Department of Defense or any of its components, and it has no government status. The use of the Roundel image in the Foundation's logo is with the permission of the United States Air Force; endorsement by the Department of Defense or the United States Air Force in fundraising activities of the Foundation is not intended nor implied pursuant to DoDI 5535.12.
© All Rights Reserved | Site Map