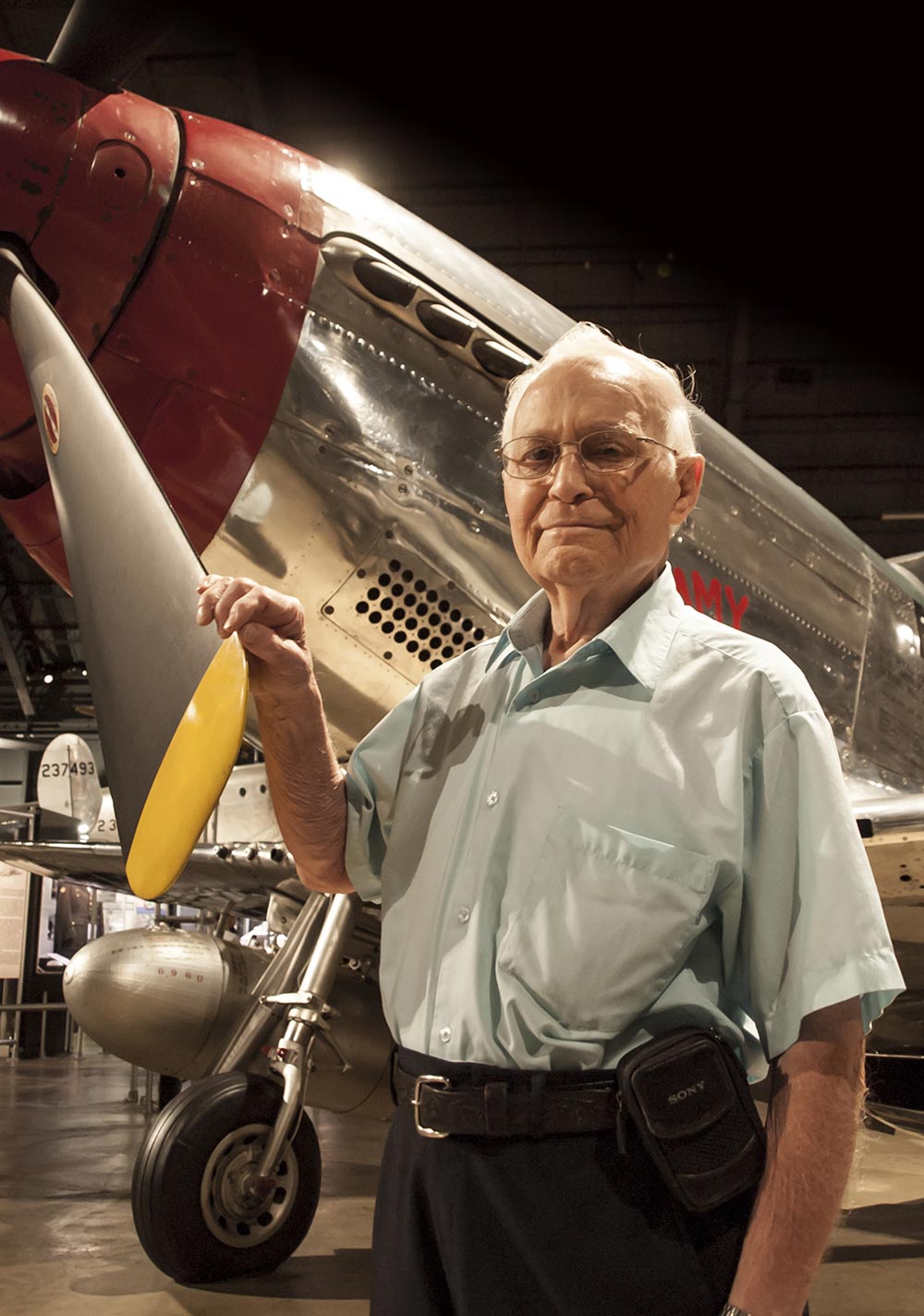 He didn't consider himself a pioneer, but that's exactly what Lou Lindeman was 35 years ago when he became a Charter Member of the Friends of the Air Force Museum Foundation. Back then he didn't imagine his loyal, steady support would help grow the National Museum of the U.S. Air Force into the national treasure it is today.

Born in 1934, Lou came of age with the Air Force and developed a love for aviation very early. Through his long-time support, he's witnessed the Museum's ever-expanding commitment to bring aviation history to life, such as in the recently expanded Southeast Asia War Gallery. Dynamic new displays there incorporate audiovisual presentations and other educational components, which go beyond merely displaying the aircraft to fully telling the story of our Airmen's gut-wrenching service and sacrifice in that war. More than just a fitting tribute to our nation's veterans, the exhibits tell the full story of the turbulent times Lou experienced, a history he hopes will be preserved for his grandchildren to experience and appreciate in the future.

In 1978 with new membership card in hand, Lou never imagined he would be part of the rich aviation legacy started by the Wright brothers in the skies over Dayton, Ohio, or that his support would help connect hundreds of thousands with America's proud aviation and aerospace history. Can you imagine what the next 35 years will look like? Help preserve the legacy of the Air Force history you've lived and loved, just as Lou has. Please consider donating to the Expanding the Legacy Campaign in any amount—$25, $50, or $100 if possible. The world-class Museum is what it is today because of the steadfast support of members like Lou—and you!

*"By publication of this donation link, the Air Force Museum Foundation, Inc. is not soliciting donations from residents of any state where it is not currently registered to solicit funds, where required."

The Air Force Museum Foundation, Inc., raises funds and awareness in support of the National Museum of the U.S. Air Force. The Air Force Museum Foundation, Inc. is a Section 501 (c)(3) private, non­profit organization. It is not part of the Department of Defense or any of its components, and it has no government status. The use of the Roundel image in the Foundation's logo is with the permission of the United States Air Force; endorsement by the Department of Defense or the United States Air Force in fundraising activities of the Foundation is not intended nor implied pursuant to DoDI 5535.12.
© All Rights Reserved | Site Map